What is Body Mass Index (BMI)?

When you go to the doctors office, one of the first measurements they check is a height and weight. With that information the provider then calculates your body mass index, also known as your BMI. This is a number that is talked about in medical appointments, on social media, in health classes and so on. But what does it even mean? Why do providers still use the BMI to calculate one’s health? And should they?

Let’s start with where and who even invented this. The BMI previously known as the “Quetelet Index” was invented over 200 years ago by a Belgian mathematician (correct, a mathematician, not a physician) named Lambert Adolphe Jacques Quetelet. His entire sample consisted of white, european males. Quetelet’s work had nothing to do with defining health, he was looking to define the ‘average’ man. From his statistical perspective, the BMI was designed to measure average weight at a population level, not individually.

So when did this equation begin to be implemented in the United States? During the first half of the 20th century American life insurance companies were investigating ways of determining how much to charge people for their coverage and took inspiration from Quetelet’s calculation. Shortly after, doctors across the country started using these insurance company categories to assume the health of their patients. Some providers also utilize this equation to determine eligibility for certain treatments such as knee replacement surgery. In 1998, the standards were changed and the cutoff between ‘normal’ and ‘overweight’ was reduced from 27 to 25 which converted millions of Americans to ‘overweight’ overnight.

Some practitioners in the medical field disagree about some components of BMI due to its simplicity. The BMI does not consider specific body composition for the muscle to fat ratio of an individual or distinguish between skeletal tissue or fluid weight. The equation also correlates proportionally to weight and is inversely proportional to height. This means the equation is even less accurate for shorter or taller individuals.  It is also important to note that the BMI does not account for one’s nutritional status.

In 2018, there was a study looking at BMI and mortality of 3.6 million adults in the UK. The data showed that the ‘overweight’ category had no difference in mortality between those with a BMI of 18.5 and those with a BMI of 30. Other research with 2.9 million adults globally had similar findings that showed: “Grade 1 obesity overa was not associated with higher mortality, and overweight was associated with significantly lower all-cause mortality.” Per this study, those labeled in the overweight BMI category were actually the healthiest overall.

In 2005, in the United States a study found there were more deaths in the “underweight” category than in “overweight” and “obese” categories of BMI. However, after this study there was not a shift to educate individuals about the dangers of being underweight or under nourishing oneself. As we can see through diet culture and social media there is still a drive for thinness and pressures placed on individuals to feel like they need to look a certain way.

How can using BMI to define one’s health be harmful? Well, in many ways. Someone with an active eating disorder could be overlooked in their physician’s office because their weight is not dangerously low which results in them having a normal, overweight, or obese BMI. Even though their hair could be falling out, their heart rate could be low, their blood pressure could be orthostatic, they hear they have a normal BMI and the other symptoms are sometimes neglected. On the other hand, a person living in a larger body who has been restricting their intake could be congratulated for lowering their BMI without consideration of how they are losing weight and then missing the opportunity to provide education on medical complications of underfueling your body. I have had countless clients avoid going to medical appointments to not have to have a conversation regarding what their BMI is and if/how it has changed.

It is also important to take into consideration the different life cycles and races. BMI is an unreliable tool for children, pregnant patients, athletes, and the elderly population. The current BMI definitions of overweight and obesity were based largely on a white European population. Yet body composition, including percent body fat and amount of muscle mass, can vary by race and ethnic group. With that being said, BMI may help potentially predict health status among people who are white, but may be less accurate for people in other racial and ethnic groups. Ideally, BMI should be used as a tool to investigate further, not as a sole marker of health.

Like most things, it is helpful to take a step back and look at the big picture. BMI is a piece of a very large puzzle. It can be used to observe changes but should not be the only tool used. Shaming someone for falling into a certain BMI category will never help to improve their health and may only discourage the individual from seeking additional measures to improve physical wellbeing. One cannot and should not verify health status from an individual’s height and weight alone. Shifting towards health at every size (HAES) informed conversations and interventions will best set our clients up for success. To learn more about HAES please read What is Health at Every Size on our blog! 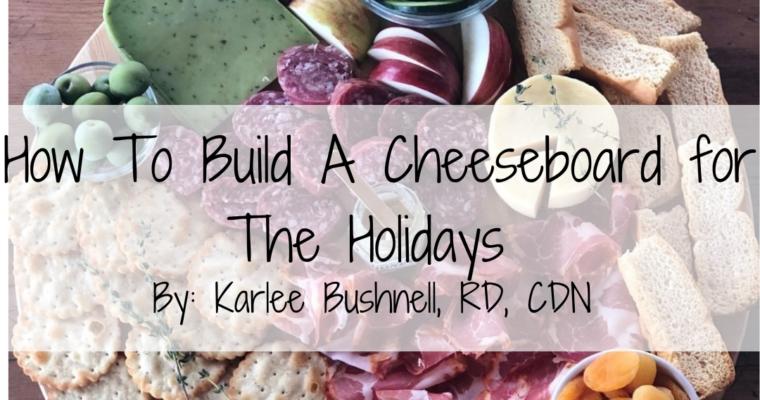 How To Build A Cheeseboard For The Holidays

How to Build a Cheeseboard for the Holidays  Cheeseboards or charcuterie boards are absolutely all the rage. And for good reason! Cheese is delicious along with all of the other yummy accouterments you can add. Hoping to build an epic spread for the upcoming holidays? […] 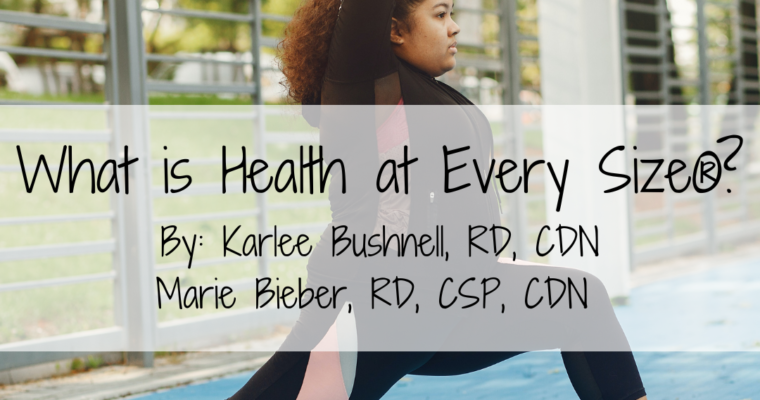 What is Health at Every Size®?

The name Health at Every Size®, also known as HAES®, seems to throw a lot of people off. Many people falsely believe this is an argument that all people in all bodies are healthy which is a hard concept to wrap one’s head around when […]

What is Health at Every Size®?
Flexible Meal Planning